Electronics projects we have done

High-pressure gas lamps have an average service life of 2,000 hours, but also have a continuous decrease in radiated energy in the effective wavelength range and a continuous increase in energy consumption and IR radiation. This requires constant maintenance of the curing machine and periodic power adjustments.

27/7 workload; the average time to recuperate the money from the initial investment is 18 months. And in some cases this can be shortened to 12-14 months or even less!

The LED curing system’s average power consumption is around 10-20% that of traditional mercury lamps. Also, the service life of its LED modules is 10+ times longer.

The curing system can only work in selective mode when the power is increased in areas where capacitive sensors detect moving parts.

Does not require an additional air exhaust system. 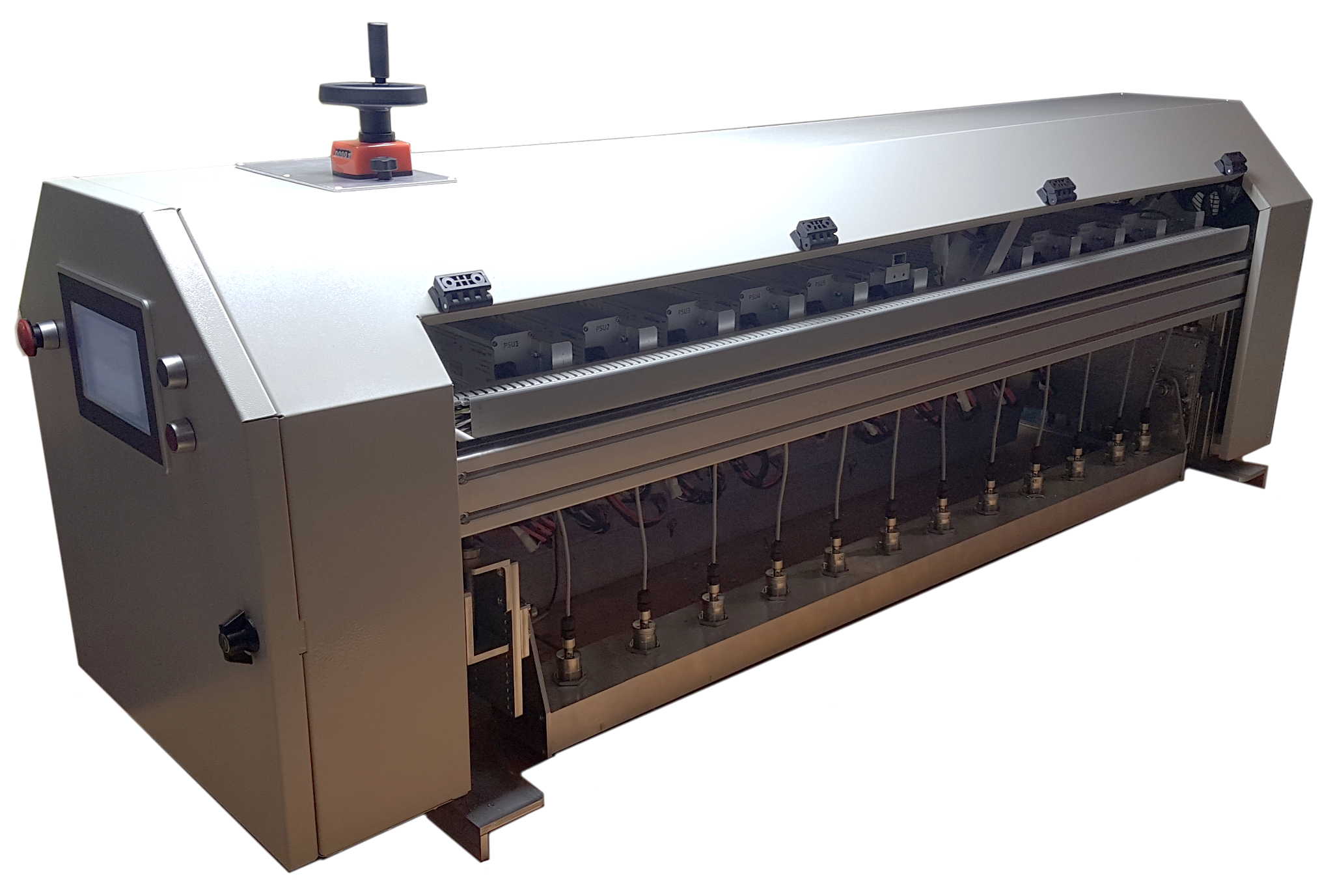 * - Power varies depending on whether chilleris running during measurement and if the curing system is in selective mode and mowing parts are detected.

*optional - Functionality is not included in the standard curing system set

The LED UV curing machines significantly reduce production costs and are increasingly used in the following industries and as well as many others:

Furniture, wood and other industries

The wavelength range of the LED dryer

LED emitters working wavelength in nanometers is selected according to the coatings used by the customer and can be in the range of 365-425nm. 395nm LED modules are most commonly used.

Due to the wavelength limitation and the width of the radiated spectrum, the LED UV curing machine can only replace mercury (HG) gas lamps, but cannot replace Gallium (GA) gas lamps.

Will power Xw/cm2 be guaranteed

Output power per surface area is not the common parameter for UV LED curing systems. In order for the coating to polymerize, an appropriate amount of energy must be transferred to the surface.

The LED modules used in our UV dryers emit up to 25w/cm2 of UV power measured at a distance of 5mm from the glass surface, as well as the modules are equipped with special optics that focus the beam and reduce reflections, improve penetration, reduce losses.

Paint adhesives and varnishes have their own polymerization barrier so if the UV output energy is below the required limit, the reaction does not start at all. By increasing the UV energy to the critical limit required for the coating, a chain reaction begins and the coating polymerizes.

Optimal results are obtained when a UV stream sufficient to initiate polymerization is transmitted over a longer time interval than an X times higher pulse in a short period of time.

For the reasons listed for LED curing machines, the direct definition of w /cm2 is not entirely correct as it has been applied to gas lamps with a different radiated spectral composition.

First, set the working distance of 10mm. from the emitter metal construction to the curing part surface.

Set output power to ​​about 6-10w/cm2, which is about 5-15 times higher than the minimum amount of UV energy required to start the polymerization process of the coating.

During the periodic measurement of the radiated power, the distance between the part surface and LED emitter gradually increased to the maximum distance until the total measured energy content still exceeds the coating manufacturer's recommended value 20-50%.

This is done in order to prolong the irradiation time because as the distance increases, so does the area of ​​the beam on the surface. Increasing the distance also solves the problem when the working gap to the part is very small (eg 5mm) and very precise adjustment of the height of the conveyors is required so that the parts do not jump under the curing system.

E.g. In the Visagino linija, LEDs transmit 300-330mj of UV energy to the surface when operating in 45% mode from the maximum available power. When the working distance is fixed at around 15-20mm, the power area could be about 2-3w/cm2, which is considered to be the optimal mode in this case. These parameters may vary depending on the type of coating, conveyor speed, and recommendations of the coating manufacturer.

It takes about 2 seconds to turn on the selective LED curing system in full power output mode, which we don't have because the distance from the capacitive sensors to the LED bar is 35cm. and the conveyor speed can reach 30m/min.

The LED continuous output power in standby mode around 5% because the modules are sensitive to sudden thermal changes ( to reduce thermal shock) because the LED crystal loses its output power when heated and cooled too quickly.

Also, when the LED keep on at low power, you can see that the dryer is working, and the third argument is that no moisture condenses because the water in the chiller is constantly maintained at about 8C and under certain conditions, a dew point is formed so about 4-5% operating mode is always left on.